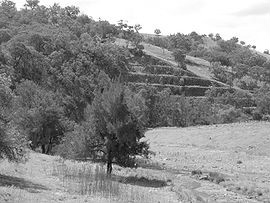 
During the outbreak of pneumonic influenza in 1918-1919, strict health regulations were enforced to prevent the spread of this highly infectious disease. Border camps were established to keep all people entering Queensland in quarantine for a period of seven days.

"What information can I find on my ancestors in these records?"

For each of person who was, for any period, inside these camps, this database contains the following information:

To establish the actual dates a person was in quarantine, use the QSA Reference and the Camp Number, and then refer to the correlated dates in the listings below: 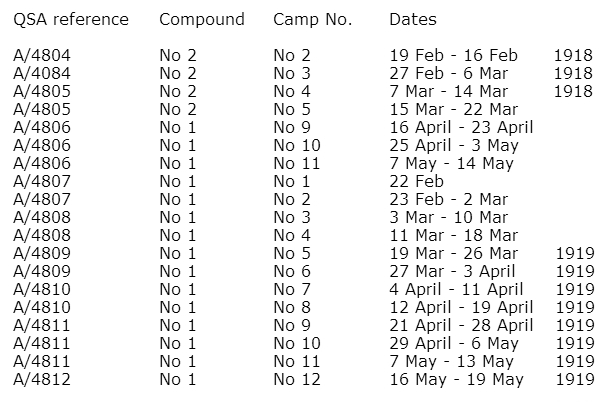 The original spelling has been maintained allowing the reader to see how the spelling of streets and place names etc have changed over the decades. However it appears that quite often the place names were spelt phonetically, eg the entry for “Warrach” could be “Warwick”.

Mc and Mac have both been used in several entries, in these cases we have used the spelling as it appears in the signature.

Often the husband does not appear – he did not travel with his wife and/or family. However the practice of a wife using her husband’s initials may help identify the spouse from other records. Sometimes for married women the initials are those of her husband and her given name appears in the signature column. In these cases we have added her given name. However when initials appear in both columns it is not possible to tell which initials are for the wife and which are for the husband if he does not already appear. We have included both initials and names, and, where identifiable, have put the given name (or initials) for married women immediately following the surname. But please be aware that the initials for married females may not always be her initials, they may be those of her husband.

So, if you're building a family tree and think you may have ancestry who moved across the Queensland border, this is an essential genealogy tool.