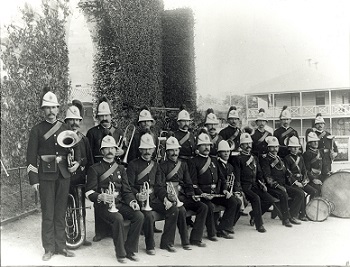 Do you have ancestry in Queensland?

The Queensland Police Gazette describes its entries as “Information received in cases of Felony and of Misdemeanor, and against Receivers of Stolen Property; reputed Thieves and Offenders escaped from custody, with the time, place and circumstance of the Offences, and description of those who are not known; the appearance, dress, and other marks of identity, with every particular which may lead to their apprehension; and a Description, as accurate as possible, of Property that has been Stolen, Horses, &c.”

This database provides an index to the approximately 31,200 names and aliases mentioned in the Queensland Police Gazette from its commencement in 1864 to 1874. For each person mentioned in the Gazette it lists the name (and aliases), title (or rank), topic (including where possible the age, nationality, description of offence, occupation, supposed destination), and the reference to enable location of the entry in the gazette (page, date and volume number).

The topics cover a wide range of items of interest to family historians in general, not just those who had family serving in the Police force. During the eleven years covered by this index, topics cover:

So if you're building a family tree or exploring your family history, and have ancestors who resided in Queensland - whether or not they were involved in the police force - this is a valuable genealogy tool worth searching.