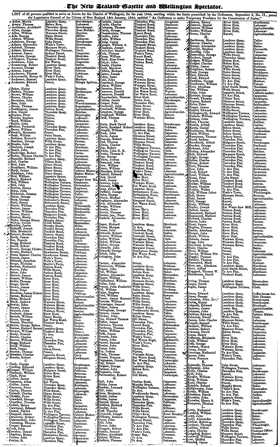 Jury duty officially began in New Zealand on December 23rd, 1841. These jury rolls include all individuals who were qualified and liable to serve as jurors – that is every male, British subject between the ages of 21 and 60 who resided in New Zealand, and who had not been convicted of treason, a felony or perjury (unless he had received a free pardon).


"What information can I find on these rolls?"


Exempted from Jury Service were:

This is a comprehensive genealogy tool worth searching for anyone researching family history or building a family tree.