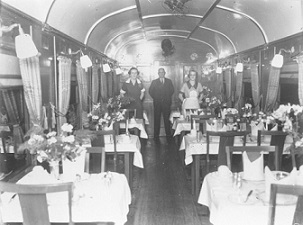 Do you have ancestry in the Queensland railway industry?

This is an index of employees of the Queensland Railways between 1889 and 1940. Initially the lists were published each third year though later they became annual lists (from 1897 until 1922) and then every second year (until 1940). The database includes approximately 370,000 names and covers the entire career of many railway employees. It gives the name, age (from 1899), position, branch/office, and railway/division for each person employed in the railway service in Queensland on 30th day of June for the year indicated. The rate of pay and qualifications (where applicable) are also available in the Gazette.