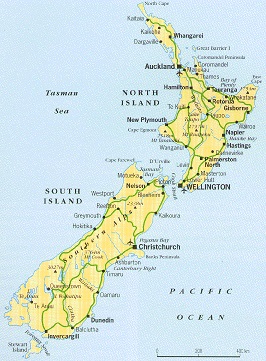 Did your ancestor own land in New Zealand in 1882? These records show the Return of the Freeholders of New Zealand a list published by the New Zealand Government Property Tax Department detailing the names of landowners in October 1882.

This unique genealogy tool could be wonderful help in finding your ancestry. The freeholders are mainly individuals, but there are many instances of two or more freeholders owning property jointly. It should not be assumed that these are necessarily trading names or formal partnerships, although this is more likely when the freeholders are named as, for example, Abbott Brothers or Acton & Co. Where there are two or more freeholders owning property jointly, the surnames are given in the Freeholder’s Surname field and the forenames or initials of the individuals, in the same order as the surnames, in the Freeholder’s First Names field . For example, Freeholder Surnames Imrie & Cleaver are shown with Freeholder First Names John & Charles – this should be read as meaning that the two freeholders were John Imrie & Charles Cleaver respectively.

Some of the freeholders are described in the following ways:

Absentee – these freeholders are not resident on their freeholds, and in at least some cases might be overseas property developers and speculators. Among the freeholder addresses there are quite a few resident in, for example, Australia and British Isles, although not all of these are described explicitly as absentee.

Estate of the late – the freehold property of these deceased freeholders is still in their names, and as at 1882 had not been transferred to their heirs.

Trustees of the late – trustees may be acting upon behalf of living or deceased persons, for instance children during their minority, or women under marriage settlements, or as executors of the estate of a deceased person

More generally, it is interesting to note how many of the freeholders have working class occupations, suggesting the relatively egalitarian nature of New Zealand society even at this early date – labourers, mill-hands, platelayers, shepherds etc who one would not expect to be freeholders in England & Wales at that same time.

A search tip for researchers looking for female ancestors: many who are married or widowed are listed under their spouse’s forename, e.g. Mrs George Williamson – this also means that sometimes where only initials are given (e.g. Mrs S M Smith) those initials may be those of the man not the woman.