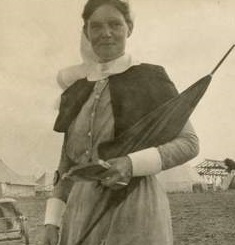 The Education Department War Service records are a wonderful and comprehensive record of hundreds of Victorians involved in the Great War 1914-1917. It includes biographies and photos of those who served, those who were killed and those who returned. It's a great genealogy tool for anyone exploring their ancestry or building their family tree.

There were 752 Enlistments. Of those, 724 were teachers, two were school medical officers, one was a school nurse, and one an inspector of schools. The remaining 24 belonged to the clerical division of the public service, and were employed in the education department.

* The men who enlisted - gives the names and last school before they enlisted
* The men who fell - short biographies with photos of most
* Inspectors, teachers & other departmental officers whose sons or brothers died on service (over 100 who died)
* The men who returned - short biographies with photos of most
* Honours and decorations - list of those who received them
* The men who volunteered and were rejected - mostly on medical grounds
* Memorials
* Chronicle of the Activities of the Education Department's War Relief Organisation