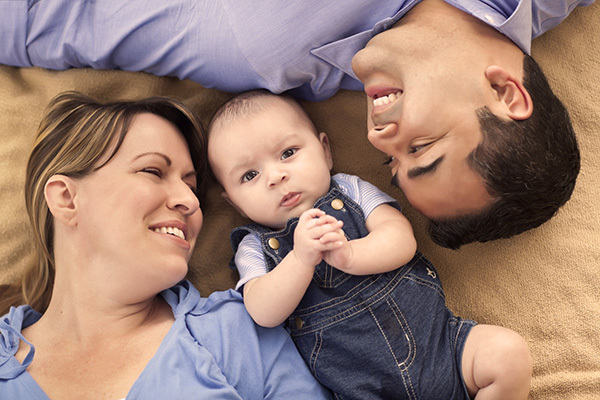 When undertaking a post-adoption search, it is important to understand the types of records created during the course of an adoption. It is imperative to be aware of state and federal laws in place at the time of the event, and also at the time of your search. Your knowledge of access laws, which do vary by state, arms you as a genealogist in case access is wrongfully denied.

Tips to start the adoption search

To undertake an adoption search, first gather information from home sources, including interviews with extended family members. Determine if adoption records are open or closed, and request the original birth certificate and court documents, if allowed. If the state has an adoption registry or medical information exchange program, sign up. Some states will also give non-identifying information from the OBC.

A word of warning, do expect to pay fees. As always, remember to be courteous and sensitive when making an outreach. It might be the only opportunity to transmit a message.

In the end, you must prepare for any outcome. The best outcomes for adoption searches in your family history are those that are mutually-agreed upon, so don't forget that flexibility goes a long way.

Adoption records you should know

Before an adoption, several planning steps have usually been taken and produce specific adoption records.

Records were created if a birth mother lived in a maternity home. A maternity home, girls’ home, or work home was a place for pregnant women to live and sometimes work. Many unmarried women were sent away from home during their pregnancies to avoid a hometown’s prying eyes. Check local and state historical societies and archives to see if maternity home records are preserved.

Was the adoption arranged privately or through an agency? Did the agency have a religious affiliation? Were children housed in an orphanage?

The court process produces a variety of records. Depending on marital status and laws in place at the time, the birth mother and possibly the birth father had to legally surrender parental rights. For example, here are a few records that are helpful with searching for family history in cases of adoption:

Privately-arranged adoptions were often facilitated by physicians and/or attorneys. Records of doctors and lawyers are confidential. The attorney that worked on an adoption might review a letter that a genealogist hopes to have forwarded to a former client.

Hospitals often retain birth registers and occasionally have medical information on children born there. Medical records regarding the person you are searching for may sometimes be obtained.

Something to consider, an adoption agency may undertake a search for a fee. If a specified triad member inquires and a letter is waiting for them, that letter will be shared. Many agencies accept letters from family members to place in the adoption file.

Families seeking to adopt underwent a home study. Home investigations were considered as early as the 1910s in some states, and by the mid-twentieth century in many states. Records were created when the adoptive family was originally visited and interviewed.

At that point, social and financial information was collected, and the family assessed for potential placement. That information is private, but home studies included birth family information gathered during the birth mother’s interview.

When a child is adopted, an amended birth certificate is created. The adoptive parents’ names and the baby’s adoptive name are listed. Sometimes the birth place is removed or changed. In rare instances, a birth date is slightly altered.

Adoptive parents filed a petition to adopt, notifying the court that they wished to adopt. The child’s birth name and birth mother’s or guardian ad litem’s name are in the petition. Many courts listed an unmarried birth mother as the “sole surviving parent,” but this does not mean the birth father was unknown or deceased. It was formulaic writing, due to prevailing laws.

The final court document, the adoption decree, proves that the legal adoption process was completed. The decree lists the adoptive child’s birth and adoptive names, and sometimes the birth mother’s name. The time between the petition and the decree depends on statute and facts presented in court. Adoptive parents do receive a copy of the decree. It is an important home source.

Things to know about Adoption Records

Formal adoption statutes first appeared in some states in the mid-nineteenth century. Before then, and for some time afterward, many adoptions were informal arrangements made outside of a court of law.

The focus of this article is on twentieth century adoption records, since the majority of family history researchers seek answers to questions from that era.

Adoption laws are created at the state level. Each state’s approach is unique. The main differences for genealogists relate to records access. A general push to close, or seal, adoption records started in the 1940s, and it affected many states.

Others, such as Ohio, offer staggered adoption records access dependent on the year of birth.

Learning about which adoption records are created, the laws influencing content and accessibility, and how to obtain records or information from them, are just a few considerations. Before venturing into adoption records, a lesson of the heart is in order.

Genealogists should avoid assuming their feelings will reflect those of sought after family members. Feelings are of a very personal nature. Everyone has a unique story and experiences often have lasting effects.

It is unfair to expect found family members to react in a desired way, or to encourage hesitant relatives to participate in a reunion if they are not ready. It's always wise to avoid interjecting personal feelings on others.

Your language requires a thoughtful approach. Certain words and phrases feel tainted with judgment to some people involved in the adoption process. Adoption professionals and social workers avoid potentially hurtful phrases by using Respectful Adoption Language. Especially if you are talking to adoption professionals during a search, it helps to speak their language.

A person searching for birth family members has given the matter much time and thought. The person sought after may not have undergone that internal process. When contacted, they might need time to process feelings. Their personal situation could make a reunion unrealistic when contacted.

Also something important to consider is that birth mothers are sometimes brought back to difficult memories and feelings. Be considerate of time needed. When making an outreach, give the person an out and expect that he or she might take it. Avoid saying something such as, “you had a baby,” and instead try using the phrase, “a person with a similar name gave birth.”