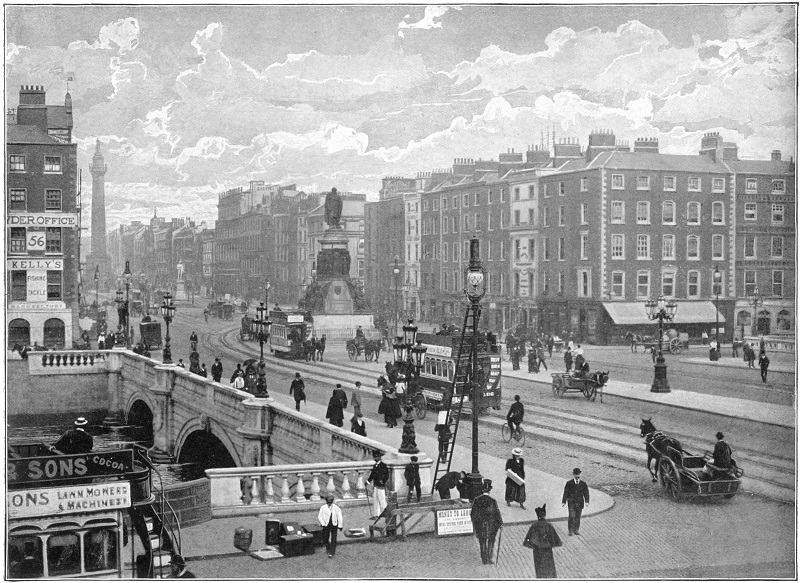 Find ancestors from all over Ireland in the most recently available complete census for the country. A great place to begin your search, the 1911 Census of Ireland can show you where your Irish ancestor lived, the members of their immediate family, their ages, occupations and whether they could read and write. For the first time you can search for more than one family member at the same time and by year of birth, and our powerful search can also look for name variants. Start your journey and see who you can find.

Each record contains a transcript of the household census return with a link to the image of the original held by the National Archives of Ireland. You can find out all kinds of things about your ancestor including their age and where they were born, their relationship to the head of household, what they did for a living, whether they could read and write or speak Irish.

1911 was the first Irish census to look at infant mortality. The censuses on either side of the Great Famine, those in 1841 and 1851 had asked for members of the household, who had emigrated or died since the last census, but in 1911, for the first time, there were a number of questions aimed at married women, including how many years they had been married and how many of their children had survived.

Various specified illnesses were also noted, including being deaf, blind and dumb. The other three specified illnesses were mental conditions. Idiocy referred to someone with a congenital mental impairment. An imbecile was someone who had lost their mental faculties – someone suffering from dementia would be classified this way. A lunatic was someone of average intelligence suffering from a mental illness.

All 32 counties of Ireland are covered by the census. There are a few gaps for streets or houses that have not yet been microfilmed, but these will appear in due course.

Nobel prizewinning Irish author and playwright, Samuel Barclay Beckett was only four years old at the time of the 1911 Census. He was living with his parents William Frank and May and his older brother Frank Edward at Kerrymount in Ballybrack in Dublin. His most famous play *Waiting for Godot* wouldn’t be premiered for another 42 years.

In 1911, 71-year-old William Henry Stanley Monck lived on Earlsfort Terrace in Dublin with his wife Kate and servants Agnes Dixon and Christina Hynes. Almost two decades earlier, in 1892, amateur astronomer Monck had helped to make history with his telescope in the garden at that house, by taking part in the first experiment to measure starlight electrically.

In 1944 brilliant but controversial scientist John Desmond Bernal would be in a bathroom with Winston Churchill demonstrating paper models of the floating Mulberry Bridge that was crucial in the D-Day landings. In 1911 he was 10 and living with his parents, his father Samuel a prosperous dairy farmer in Nenagh, County Tipperary. The household was comfortable; as well as his father, mother and three siblings, there were three servants, including cook Bridget Slater and nurse Annie Slafford. Despite his comfortable upbringing, Bernal was a lifelong communist. He helped to found UNESCO and won the Lenin Peace Prize.

Artist and brother of the poet W B, John Butler Yeats, or Jack as he is more commonly known, was living with his wife Mary in Rathdown in County Wicklow in 1911. He lists himself on the household return as a “painter of pictures” but would be the first Irish artist whose work would sell for over £1 million. He would also become the Irish Free State’s first Olympic medal winner – he won a silver in the arts and culture segment of the Paris games in 1924 for his painting The Liffey Swim. He might have been 36 years older than Samuel Beckett, but years after the census the two would become close friends.