“the war to end all wars”

"I cannot but think we have much to be thankful for, and more still to hope for in the future."
--Winston Churchill to David Llyod George, December 9, 1918 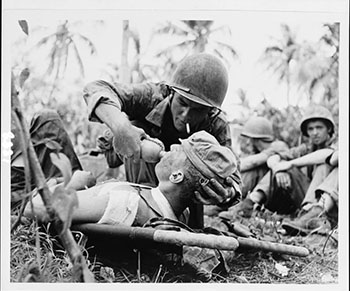 Decades of imperialism and extreme nationalism fueled the outbreak of aggression between the “Central Powers” of Germany, Austria-Hungary and the Ottoman Empire, and the “Allied Powers” of Great Britain, France, Russia, Italy and Japan.

The United States joined the Allies in 1917 sending almost 5 million men and women to serve overseas. That year, more than 24 million Americans (nearly 98 percent of the population under the age of 46) registered for the draft.

World War One draft registration cards on findmypast.com showcase images of 11 million military records, which include handwritten signatures of enlistees. 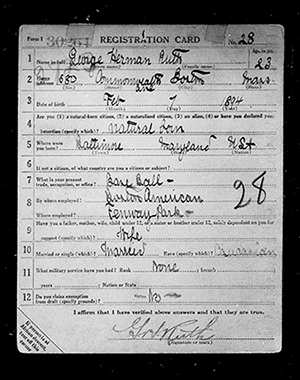 The WWI draft cards offer a wealth of information about your ancestors' lives during the tumultuous start of the 20th century, such as with this example of Babe Ruth's WWI draft card. Read more

President Woodrow Wilson did not want the U.S. to enter WWI but a series of events, including German submarines attacking U.S. ships, forced Wilson to ask Congress for a declaration of war.

The initial launch of war followed the assassination of the Archduke Franz Ferdinand of Austria and his wife in 1914 by a Serbian nationalist while in Bosnia. The act showed defiance of then Austria-Hungary having control of the region when Serbia wanted control over Bosnia and Herzegovina.

Global alliances bound multiple nations to engage in the war, thus pitting the world’s superpowers against one another.

Punishing trench tactics and the introduction of modern machinery, such as machine guns, tanks and chemical warfare, made World War One the sixth deadliest conflict in history. 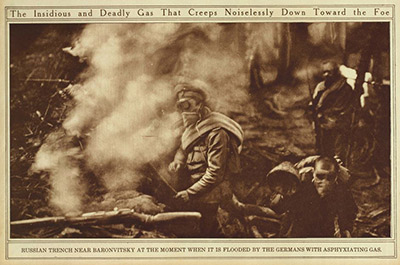 Conflict opened with the Austro-Hungarian invasion of Serbia on July 28, which was then followed by the German invasion of Belgium, Luxembourg and France and a Russian attack against Germany.

The U.S. military suffered a total of 320,000 casualties, not including soldiers missing in action. World War I was the first war where more people died in combat than from disease.

Among our records, findmypast.com found several soldiers who participated in the 1914 Christmas Truce including British troops from the Northumberland Hussars, 7th Division, Bridoux-Rouge Banc Sector. British and German soldiers joined together along the Western Front to sing Christmas carols, exchange gifts of cigarettes and even, in one documented case, play soccer. Read More

The Russian Empire collapsed in March 1917 and the Allies pushed back German armies along the Western front. Both sides agreed to a cease-fire on November 11, 1918, known as Armistice Day. 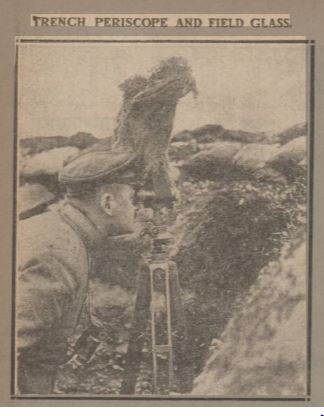 The conflict spurred massive political changes around the world, including revolutions in many of the nations involved, and prepared an environment for the devastating rise of Nazi dictatorship in Europe and the Second World War.

By the end of the Great War, four major imperial powers- the German, Russian, Austro-Hungarian and Ottoman empires -ceased to exist. The map of central Europe was redrawn into several smaller states, and the League of Nations was formed with the goal to prevent further conflicts.

Photo of a British World War One soldier, which appeared in the Sunday Post in 1915, part of findmypast's collection of British newspaper archives.